As I am going to write a blog series over Automation using Katalon Studio and Azure DevOps. I’ll cover all the topics including Automation in CICD pipeline, Reporting, Association of Test Cases, and many more in the different blog posts.

In this blog post of the series, we will see how we can integrate Katalon with Azure DevOps with Automation.

Katalon Studio is a powerful automation tool to simplify Web, API, Mobile, Desktop Automated Tests. It can be utilized for integration with popular CI/CD tools such as Azure DevOps, Jenkins, TeamCity, etc.

You need to have Katalon Studio version 7.0.0 or later to use the Azure DevOps extension.

This extension is NOT available for Linux.

I am assuming you have signup on the Katalon Portal with your business account and downloaded the latest Katalon Studio.

In my case, I am using a trial license and Katalon Studio 7.3.1 to integrate Katalon with Azure DevOps. You can use a trial license which will provide access to all the features for a limited time period.

Go to this link to install Katalon for Azure DevOps extension. Once you have installed the extension, you will need to configure to execute the Katalon Studio Tests task to complete the integration.

If you already have a repo for the Katalon project on Git or Azure, then go to step 4, otherwise follow the below steps.

You can also create an empty repository on Azure and make a clone on your local machine. After that put your katalon project in that folder and commit those changes. 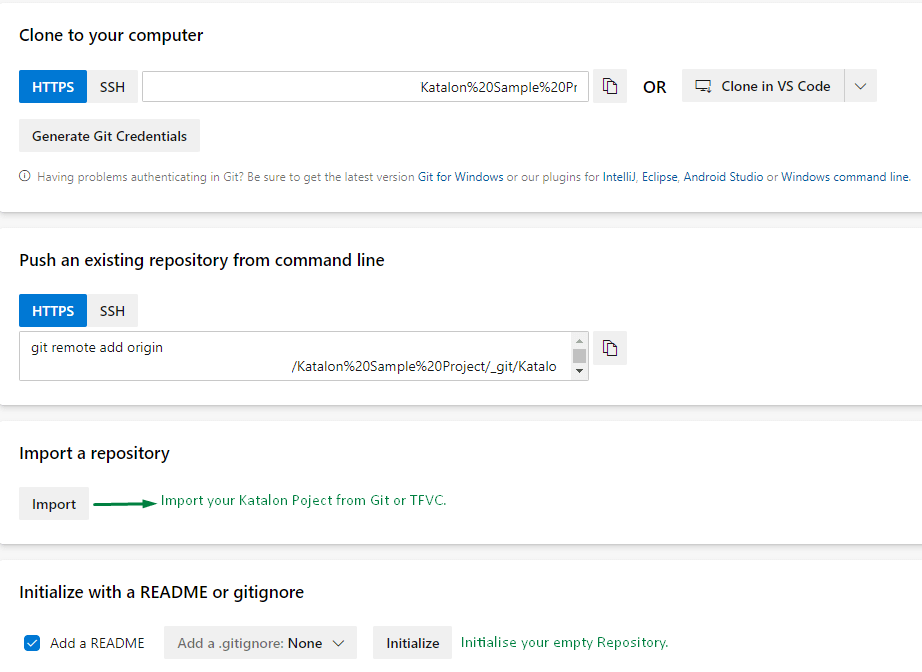 Regarding the Command Arguments, you can generate them from your Katalon Studio.

Click on Build CMD icon in Katalon Studio Tool. Click on the Browse button and select your Test Suit. Now click on the Generate Command button.

Note: Please leave out any irrelevant arguments such as -runmode, -apiKeyOnPremises, etc. 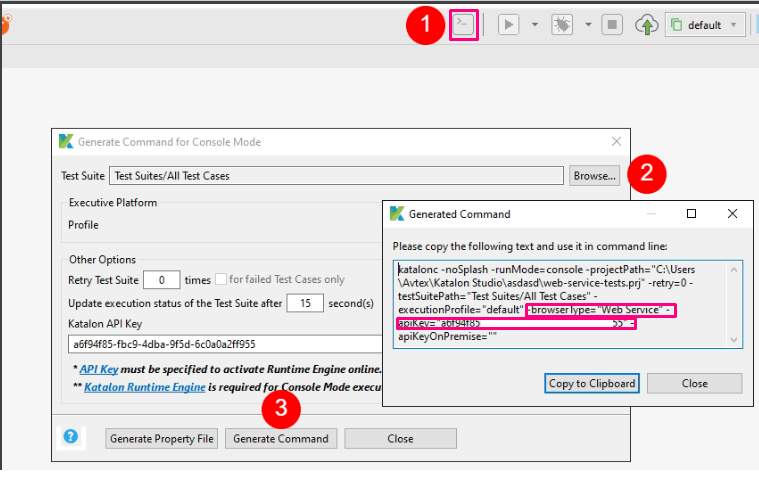 You can give your project path as given below by adding the relative path of your .prj file to D:\a\1\s\.

Now Save the pipeline and run it manually.

In the next blog post, I’ll write down about Reporting in Azure DevOps using Katalon.

In this blog, we are discussing a feature of DevOps by which we can optimize automation. Manual testing is out…

We would be going through the steps to automate the CICD pipeline, reporting and integrating Postman with Azure DevOps for…